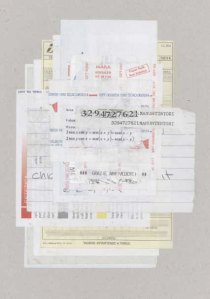 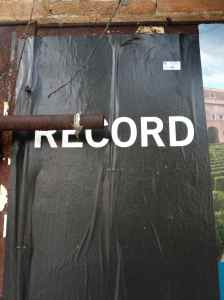 A child passed whistling. When he saw the two gazing at the closed windows, he also stopped to look with wide, wondering, curious eyes. They were silent. The constant twitter of the sparrows could not overpower the silence of the walls and the trees and the sky: its monotony sounded in their ears like the roar in a sea-shell, and through it they could hear the silence of surrounding things and a few distant voices. The hoarse hoot of a siren prolonged itself in the misty distance, becoming, little by little, as soft as a flute note. It ceased. The little boy grew tired of gazing: nothing visible was happening; the windows did not open; all remained motionless. He went off at a run.

They heard the flight of his little naked feet pattering on the damp stones and the rotten leaves.

From ‘The Flame of Life’ by Gabriele d’Annunzio, translated by Kassandra Vivaria. 1900.

This city is, obviously, not like others. Whereas the usual transport pattern is a two-dimensional network of streets with a parallel network of pavements, here the pattern is three-dimensional – a net of paths overlaid on one of canals. But the fact that the only traffic apart from walking is by canal makes it a very particular aural space. It is an urban environment characterized by quiet and even, at times, silence. Walking through the city streets it is the human voice that is the dominant sound. Snatches of conversation – some of them understood: ‘It’s not what I expect of a man…’- most of them not. So sitting outside a bar at 7 in the evening I heard:

-A police motor-boat moving away from me on the canal to my right.

-The radio from inside the bar.

-Bottles rattling around inside a wheeled shopping bag passing by going from right to left.

Earlier in the afternoon as I walked around the Sestier of San Polo I remember hearing:

-Intrusive street musicians playing a violin and an accordion.

-A bird singing in a garden.

-Guitar music inside the Scuola San Rocco that I thought was piped in order to give ‘atmosphere’. It turned out to be a busker in the square outside.