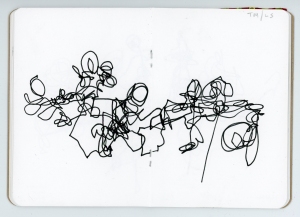 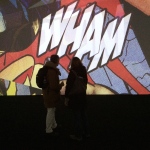 I recently found myself reading ‘Lightness’, one of Italo Calvino’s essays from ‘Six Memos for the Next Millennium’.* (I say ‘found myself’ because the book was sitting on the table at which I was sitting at…reading it was not part of my plans for the afternoon.) The essay is structured around various literary sources – hardly surprising I guess as that it is writing that Calvino is addressing – and it draws on classical literature and in particular the work of Lucretius and Ovid. But as I struggled through the essay I found myself thinking about Christian Marclay’s exhibition at White Cube.

I’ve been spending a good deal of time there recently – there is always some new reason to visit. As someone who works with exhibitions I often feel a sense of detachment (or relief or anti-climax) at the moment of the exhibition’s opening. Up to this point, it has been a thing in flux where there is a sense of progress and development but also a place into which the unexpected can intrude. Once the public comes through the doors however, the exhibition is ‘fixed’ or static. Marclay’s show, on the other hand, is a site for events, improvisation and manufacture. Each Saturday and Sunday during the run of the exhibition there are performances in the largest of the White Cube’s galleries. Saturday is for improvised music and Sundays works, performed by members of the London Sinfonietta, are commissioned and, more or less, composed. Each performance is recorded direct to a master disc and on the following Thursday and Friday the Vinyl factory’s mobile pressing plant turns out 500 vinyl records for each set. Sleeves are then silk-screened (by Coriander Press) in the same room and then the records go on sale in the shop. These activities take place within the galleries where Marclay’s more conventional art works are displayed; a room of glasses with the potential to become a vast glass harmonica and another room with a collection of boxes with bottle glass fronts magnifying and distorting the sheet music for a number of drinking songs. In other spaces there are displays of paintings and prints as well as the complex, immersive (yet silent) animation ‘Surround Sounds’ and, along White Cube’s main processional space the wonderful sounds and video composition that is ‘Pub Crawl’. On weekdays students from London college of Communication and the Royal college of Art perform numerous Fluxus works in the gallery, further extending the exhibition. 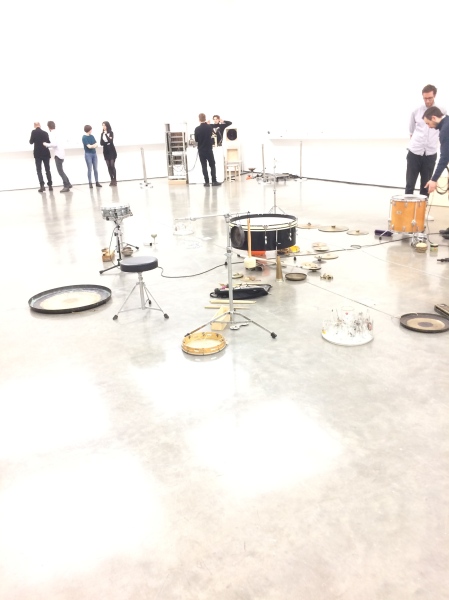 This being a commercial gallery, entrance to the exhibition is free but all the performances are free too. It was this that informed my first reactions to the show (or maybe my second reaction – the work in the show is consistently engaging). This felt like an extraordinarily generous offering on a number of levels. I presume that all the performers and composers are being paid whilst also being given a very public platform. The visitors meanwhile are being presented with a range of musical experiences from a huge variety of musicians, some with international reputations and all with distinctive talents and skills. More generally there is an inclusiveness built into all of this through proximity and, in the best possible way, through access and interaction. 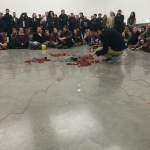 In talking about the work in the exhibition – as if it could be taken out of context of the continuing and changing life of the event – I found myself searching for the correct adjective to describe what my first visit felt like. Without really thinking about it I described it as ‘slight’ and new instantly that this was wrong. Then I said ‘not deep’ but that suggests ‘shallow’ and that is not right either. When I read Calvino’s essay his idea of ‘lightness’ had an immediate resonance, especially as he is using lightness in such a positive way. He quotes Paul Valéry: ‘One should be light like a bird, and not like a feather.’ Calvino talks about ‘the weight, the inertia, the opacity of the world – qualities that stick to writing from the start…’ and his efforts to retain the ‘quick, light touch I wanted from my writing’.

It seems to me that Marclay has achieved this trick. His exhibition has escaped from inertia. I think that it would be safe to say that there is no inherent critique in either the performances or the work on display. These events exist in their own terms dancing and tripping at once, discordantly, harmoniously and elegantly through the everyday. They take the quotidian as a starting point but shift the perspective, alter the point of contact and retune our receivers. 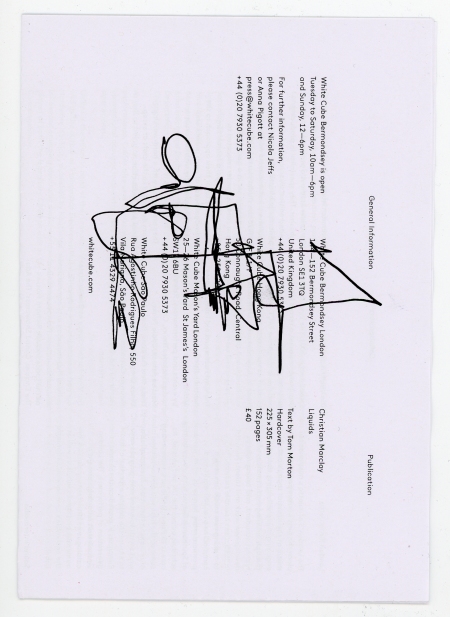 * ‘Six Memos for the Next Millennium’, Italo Calvino, Translated by Patrick Creagh. Penguin, 1988.