Some records and where I bought them. 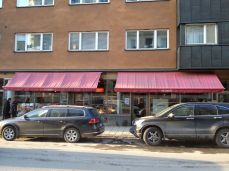 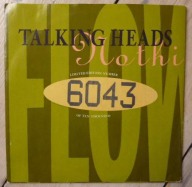 Talking Heads ‘Nothing but Flowers’ (Steve Lillywhite mix). A 10” that I had not seen before. Number 6043 in a ‘limited edition’ of 10,000’ – rare! Pet Sounds is the destination of the walk described in my post Stockholm (1). I have bought a Talking Heads album here previously – a live bootleg called ‘Emitting Diodes’. 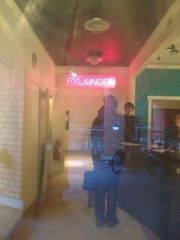 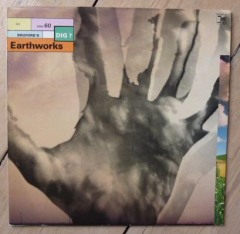 Bill Bruford’s Earthworks ‘Dig?’. Maybe a mistake this one…Django Bates and Ian Ballamy both feature but this was1989 and I am not convinced. There is a tiny record shop in Fylkingen  (where I drew The New Songs a few nights later). The shop is only open twice a week from 5.30 to 7.30 on Thursday and Friday nights…it is packed with good, obscure stuff…indecision meant that I bought this rather than something I really wanted or something that I didn’t know at all and might have loved. 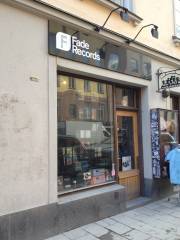 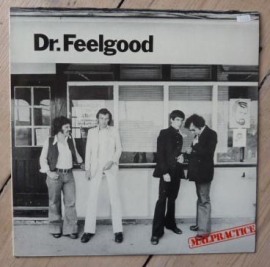 Dr Feelgood ‘Malpractice’. Fade records is across the street from Pet Sounds and is much smaller. I bought this inspired by ‘Oil City Confidential’ and Wilko Johnson’s recent, very moving radio appearances…here is an interview with him in the Guardian. I read that he has had to cancel his last two Canvey Island shows so I guess that he has, sadly, played his last. 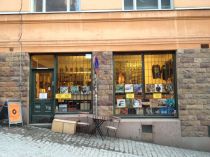 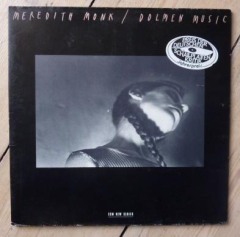 Meredith Monk ‘Dolmen Music’. When he sold me this record the guy in the Vintage Room said: ‘This is a really great album.’ And he knocked a few Krona off the price. Both of these occurrences are really unusual. I heard the first track of this, ‘Gotham Lullaby’ on the radio in the early 1980s – I taped it and have returned to it many times since. I have never heard the whole album until now.