Sorting through some records last night (in the R and S sections) I was reminded that it is nearly April 12th and the 44th anniversary of Yuri Gagarin’s pioneering flight into space. I have posted the 45 of his transmission previously (here). The following is a fairly rapid selection of space-related tracks that I bumped into last night. 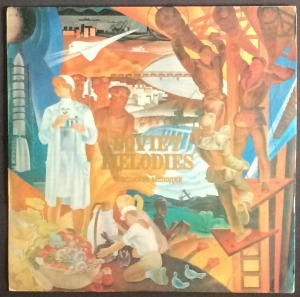 A ‘Melodica’ record of unknown date. The track is ‘To the Stars’ sung by Lyudmila Zykina with the Osipov Academic Russian Folk Orchestra conducted by Victor Dubrovsky. I have no idea of the content but am relying on the title for relevance. 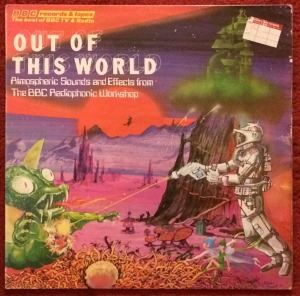 The track is ‘The Rocket Man’ by the Spotnicks from Gothenburg, Sweden. The album was recorded in London on an unspecified date in 1962 between the hours of 2:30 in the afternoon and 7:30 the following morning. Thorough research on Wikipedia suggests that the tune is ‘based on the Soviet/Russian folk march “Polyushko-polye”‘. ‘The Rocket Man reached no. 38 in the UK charts.

Here is a film of the Spotnicks performing ‘The Rocket Man’ 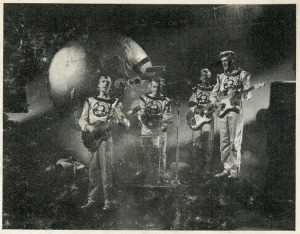 From the back cover of ‘Out-a Space; The Spotnicks in London’.