This one deserved to have its flip side shown. 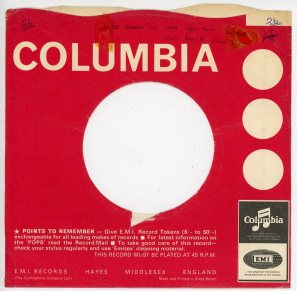 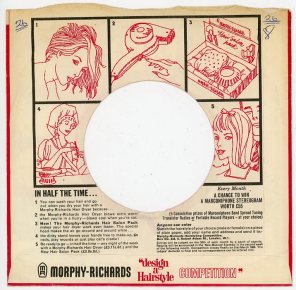 I bought a couple of singles today…they turned out to be almost unplayable but they were in battered, though really good, record company generic sleeves. I know these were designed to be seen with labels visible in the centre…but the sleeves often become detached from the 45s that are supposed to be in them and so I thought it might be interesting to look at these overlooked objects in isolation. I wish the first CBS sleeve had contained a Thelonius Monk record and I am pretty sure I don’t own anything on the Rocket label. Here are 18 pulled out randomly…

The audio is optional… 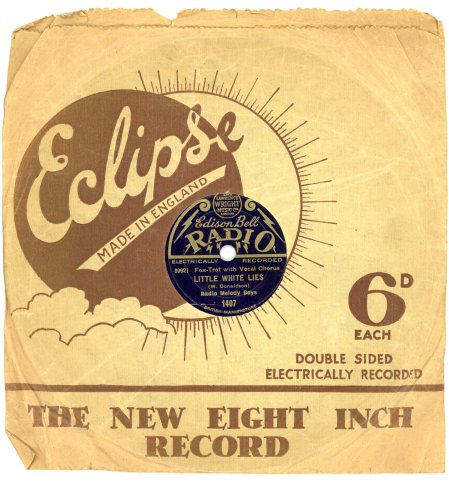 I might have bought this just for the cover but I forgot to look at the record condition before I handed over 59p at my favourite local charity shop. Just about any version of ‘I Can’t Get Started’ is worth a listen but when I slipped this disc out of the sleeve I found that someone had made a fairly determined effort to render the A-side unplayable. 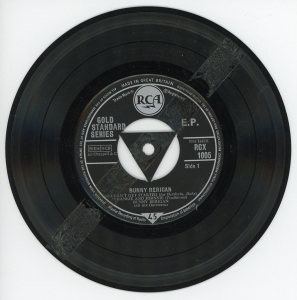 I tried some mild solvent but this adhesive tape glue was ancient and immovable. I had just changed the stylus on my deck so still had the old one…it seemed like too good an opportunity to waste…

The last time I posted a sound file it was from Prague via New York and I thought it benefitted from a bit of intervention in the form of added echo. This one has its origins in Romania but needs no effects. Recorded some time in the 60s (I think) and put out on the state record label Electrecord this seems to be a folk song from the Cindrel Mountains and is sung by Ana Pop-Corondan. There are 4 tracks on the record but the others are swamped in orchestration and sound banal in comparison to the sparse arrangement of this song. Listening to it, the music jumped out at me as something quite unlike anything else I have heard. The title (Cînd Era Badea-n Cindrel) comes out in various forms using online translation tools and none of them make sense: ‘He was Uncle-n Cindrel’, ‘When was Badea-n Cindrel’ and ‘When was B-n Cindrel’.

The copy I bought in Oxfam came with this cover: 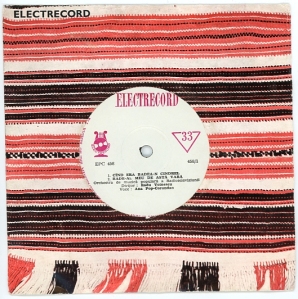 On Discogs it is shown with this rather more exciting sleeve: 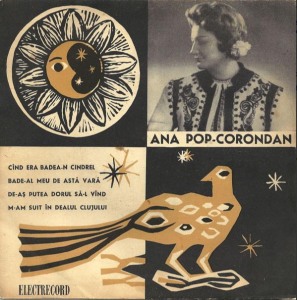 Ana Pop-Corondan died in 2005 and there is not much information about her on the net.

Here is a track from an album made in New York in 1958. The record is a piece of anti-Soviet propaganda called, as you see, ‘Dreams of Golden Prague’ and its sleevenotes bemoan the influence of communism on Bohemia and suggest that the terror imposed there is merely a preliminary to a take over of the ‘Free World’. The rant on the back cover occupies the space where one would normally expect to find performer credits so I don’t know who is playing. The front cover meanwhile shows Golden Prague through a rose-tinted glass. I took the liberty of ‘improving’ this track which I believe is called ‘Vērím-tango’. (Those accents are wrong). I’m interested in how a simple shift of the sound can change the nature of a song….in this case adding echo has, I think, brought a much needed sense of melancholy to bear on the tune and its delivery. 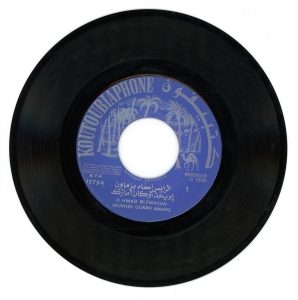 This Bacharach and David song seems to have followed me across three continents this summer.

Sleeves seem to have a hard time here…