2. Head Slash Bauch (2002). AGF. I got this in Oxfam back in the summer. Fragmentary and unresolved music that I kept coming back to for the rest of the year. At the end of the year I picked up a BBC sound effects CD for 49p in the same Oxfam…’Trains BBC CD SFX 041’…just as unresolved and compelling on one listen but with less ‘depth’ I guess. Still…here from the ‘Trains passing’ section is Track 42 ‘Single diesel locomotive passes under a bridge.’ (with unidentified birds).

3. The sound of the wind passing through metal fins on the top of the world’s second highest outdoor viewing platform on the world’s fourth tallest building, Taipei 101 Tower.

4. All Comes to an End with Disco in Hell. This was one of a number of compilations that I made last year…mostly the content defined by which CDs I had picked up in charity shops. The title was a gift and now I can’t remember where from (though I know that Russia and Chris M were involved and maybe he can point me in the right direction). I have a sentimental attachment to cassette compilations and have carried this through to these. I even like that they have their physical manifestation in those much-unloved and derided slender silver discs…

6. ‘Listening evenings’…an indulgence. Three or four times a year I get together with 2 friends and we listen to recorded music together. In strict rotation we play our tracks in the hope of surprising, educating, delighting. We usually get through about 30 tunes in an evening…almost too much but a pleasure from beginning to end.

7. Innocence is Kinky by Jenny Hval (2013). A great album and a stunning performance with her band at the Vortex in May.

8. Keith Tippett solo at Oto…see: https://likeahammerinthesink.wordpress.com/2013/05/01/keith-tippett-cafe-oto-30-iv-13/ But also so many other Cafe Oto gigs: Marc Ribot solo and Trio, Thurston Moore with John Edwards, Fire!, Little Annie and Larsen and on and on. And more in 2014…

9. The Necks generally…the new album ‘Open’ and 2 nights at Oto.

10. The Sixteen at Christchurch, Spitalfields, 17th December. For the space and a programme of Poulenc and Britten. 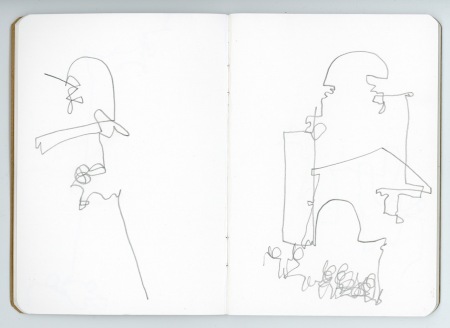 11. Musica Electronica Viva…Oto again. (Alvin Curran, Richard Teitelbaum, Frederic Rzewski). Because I should have known about them but didn’t and went along ‘blind’. http://cafeoto.co.uk/mev.shtm

12. Pictures of Sound; One Thousand Years of Educed Audio: 980-1980. (Dust to Digital 2012) Patrick Feaster. I have not really made my mind up about this yet…the CD is made up of sound ‘image’ (sometimes notation) translated into actual sound – hence the ‘educed’ bit. So as sound it can be elusive and as translation, somewhat melancholy. The book explains the process of doing all this and the author claims these are ‘ways you should be able to duplicate yourself…’ Hmmm. Here are some samples: http://www.firstsounds.org/sounds/

13. The last record I bought and the last record I listened to in 2013. (Complete with the cover it came in.) The over-familiar suddenly fresh and alive again and now stuck in my head still on the 3rd January 2014.