This is another not-review.

I wanted to post something quickly because Keith Tippett’s solo performance at Café Oto last night was so startling. I last saw him play in the Bloomsbury Theatre one weekday lunchtime some time in the Nineties…one of 3 memorable gigs in that venue, Cathy Berberian and Ivor Cutler being the other two. But maybe I remember more about the treat of hearing him in my lunch hour than I do about the actual performance.

I am often suspicious of musical virtuosity…there are so many other things that act on the experience of listening that effect how (and what) we hear. I have felt unmoved recently (as in the last few days) by technically expert playing that seemed complacent in its level of engagement…relying on the good will of an appreciative audience in a large hall. Oto is clearly not a large hall and it is possible to sit within 6 feet of the musicians and observe their actions closely. This intimacy suited Tippett’s performance perfectly…the immediacy of what he was doing with and to the inside and the outside of piano, was clearly visible…and that visibility is really important because part of the performance was not just about ‘knowing’ and hearing but also about looking in a concentrated way. He probably did not need to look at the piano keys but he had to see where he positioned the various objects inside the piano. And in this there was the feeling that Tippett was constantly testing the possibilities of the sound at once controlling those sounds and surrendering to the aleatory. This was generous music, inclusive in its approachability and in its sources. There was driving minimalism, baroque, swing, blues and folk (there was a particularly poignant fragment of pibroch it seemed to me) all framed within Tippett’s jazz background. This made for an intense and moving experience. Speaking in response to the standing ovation he received Tippett acknowledged the complexity of the relationship between playing and listening saying ‘without people like you there would be no people like me’. A humble sentiment to add to an amazing and generous performance. 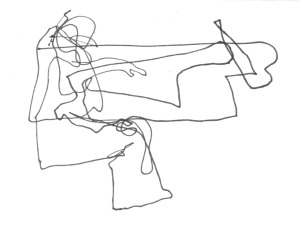