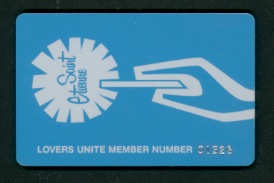 Despite everything I can’t quite give up on pop music. There is lots of pop music from the past that still sounds great of course and, once in a while, some piece of current ‘chart’ music enters my consciousness (such as Video Games by Lana Del Rey which I felt a need to hear again this morning). It is not the kind of stuff I listen to at length or go to hear live very often. A lot of pop music still does that thing of using interesting and surprising sounds or combinations of sounds that make them seem fresh and dynamic – for a while at least. And there are very occasional great voices that emerge too. There are a few bands that I still follow for one reason or another. Let’s see….Stars because they are innocents out in the world and are still trying to discover the perfect pop song, New Pornographers because they are arty cynics doing the same thing, Broken Social Scene because they combine all of the above and extend the length of the songs. Maybe it’s just a co-incidence that all of these people are Canadian. Are Dirty Projectors pop? I suppose they are at the more ‘experimental’ end of pop.

The group I want to talk about here is Saint Etienne. Their first album Fox Base Alpha came out in 1991. I saw them on the television around this time and thought they were kind of pointless…retro-pop with an electronic twist. Then I heard Like a Motorway and I began to look at them differently. Maybe it was because I was listening to lots of Kraftwerk at the time and I saw connections…as if Like a Motorway was an answer record to Autobahn. Anyway, Motorway sounds like it is suffused with ennui and melancholy – the sound of lost and desperate youth. Sadly, it is that youfhful yearning that takes me back to pop. It is not very original research but I see on Wikipedia that Like a Motorway refers to the 19th century American folk song Silver Dagger and, having checked this out, I can say that the melody is lifted straight from it. (The Joan Baez version on Dylan’s Bootlegs Volume 6, Live 1964 demonstrates this well.) The fact that the song is a combination of two vastly different genres is, maybe, what makes it work so well for me.

I suppose at heart Saint Etienne are plunderers so it should be no surprise that they indulge in limitless borrowings and references. When they made a film with Paul Kelly (Finisterre) in 2002, its form was taken fairly directly from Patrick Keiller’s films London (1994) and Robinson in Space (1997). The political edge of Keiller’s films is replaced by a comfortable nostalgia in Finisterre and yet the film has an emotional punch that is in itself about loss. This melancholic longing leads them to the occasional off-beam statement. Their second film What Have You Done Today, Mervin Day (2005) was criticized for painting a rosy picture of the destruction brought to existing communities on the Olympic site and the piece they wrote and performed for the re-opening of the Festival Hall (This is Tomorrow, 2007) was far too close to bland MOR pastiche. The lyrics in the album Finisterre sometimes read like a psychogeographical manifesto. In the final song (also Finisterre) Sarah Cracknell sings:

‘sometimes I walk home through a network of car parks,

just because I can.

I love the feeling of being slightly lost…’

But this is followed up in the next verse with: ‘I believe in Donovan over Dylan, love over cynicism…’

I know it is trivial but this irks me every time I hear it despite my own localist tendencies.

Saint Etienne have returned to London themes many times and this always interests me. Their romanticization of London should probably be taken with a pinch of salt yet their enthusiasm is hard to deny and I am often borne along on the particularity of their reference points. They tend to do a similar thing with the idea of music…tapping into their fans love of music in all its profusion. (Another lyric from Finisterre: ‘I believe that, music in the long run, can sort out most things’) The video for a recent single (I’ve Got Your Music) shows this as does their latest album Words and Music by Saint Etienne with its elaborately constructed map made up of streets from song titles.  And they have a grasp of the notion of ‘fans’ too. No doubt having a fan club is an anachronism (and theirs, ‘Lovers Unite’, has now become an online only resource) but the spirit in which it was conceived pointed to a generosity (as well as a bit of business savvy) that is singularly lacking in other manifestations of the world of pop.

And they do some great tunes.

We were killing time at the Hammer Museum on Wilshire before going to a movie. Alongside the permanent displays of the collections there were some temporary exhibitions. One of these was being shown under the umbrella of ‘Hammer Projects’ and was by the artist Lucy Ryan. The main exhibit was a film piece (called ‘RP31’) based around test strips used by projectionists to focus projectors prior to showing films. 31 of these still images are edited together into a near-stroboscopic animation shown on a 35mm projector in a continuous loop. This occupies a darkened space with a few seats like many other museum film installations – though the physical presence of that big piece of projection equipment is striking. ‘RP31’ is labeled ‘silent’ but the projector’s movement conspires in creating a multi-media environment of sound and image. Raven has an interest in the archive and the way that the lives of various media are prolonged – tracking down the material for this film has meant speaking to projectionists, film processors and manufacturers. The test strip piece also shows a concern with the marginal…the mundane stuff that is usually pushed to the edge and, often, forgotten.

The other piece in the show is called 21Hz. This is sited in a carpeted lobby off the walkway around the museum’s courtyard. Three armchairs mark the space as an installation. The piece is played on 4 speakers and comprises audio samples from optical and magnetic film soundtrack test material. These are short bursts of sound most of which are rather indistinct but sometimes the flow of static and buzz is interrupted by, for example, piano music. This being Los Angeles it is perfectly comfortable to sit in this indoor/outdoor space and let these sounds bounce around mingling with the not-too-distant sounds of the adjacent street. It makes for compelling listening but as if to emphasize the incidental nature of the work people traverse the room on their way to the restrooms. In fact the randomly organized sounds in the piece seem at times to be a supplement to the environmental noise though it is unlikely that this is the artist’s intent. I say ‘unlikely’ as nowhere have I been able to find the artist discussing this work. The leaflet that is given out at the Hammer has an essay by the exhibition’s curator Corrina Peipon that mentions 21Hz in passing but dwells on the film piece. In the current issue of Bomb (Number 121/Fall 2012) there is a lengthy discussion between the artist and Jason Simon that makes no mention of the audio work. Even the artist’s website only provides the short description I have quoted above without expanding on the work except with a visual depiction of a test strip still. It is interesting that work that deals with the marginal and even the fugitive should in itself be marginalized within the record of the artist’s practice. So on websites (both Lucy Raven’s and Bomb’s) there is some indication of what the film works are like (with stills and moving images) there is no sense of this for the sound piece.

It seems that this work is a kind of by-product of the visual. This marginalization is, of course, both a problem and a pleasure. The other question that springs to mind is about why it is a pleasure to listen to these overlooked (sic) sounds. I am reminded of Markus Popp/Oval’s record ‘O’ where 70 short abstract compositions are spread over 2 discs – each a beautiful, if often hard to grasp, slither of sound. And ‘The Conet Project’ also comes to mind. Maybe it is in their suggested state of neglect and in their uncanny detachment that these sounds are so rewarding. 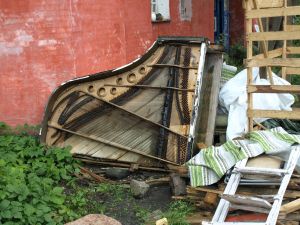 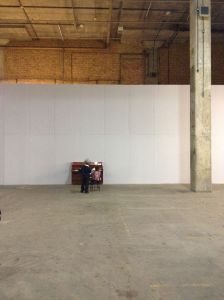